Acclaimed artist Spike Mills is visiting from Canada - and we're so delighted to feature some of his work here at the aRt Cottage during the month of May!

Growing up in Wawa, Ontario, Spike spent much of his boyhood outdoors, exploring the woods, climbing the hills and scavenging the beaches of nearby Lake Superior.

Spike saw faces everywhere...shimmering on the lake, lurking in the woods, etched onto the rocks. The images "freaked me out," says Spike, because he knew they existed only in his mind. His parents dismissed their son's visions as fanciful daydreams, but the faces were very real to Spike, and seemed to emanate from a parallel world that both frightened him and beckoned to him. He wondered if he could unite with the faces...and now that boyhood curiosity has morphed into an obsessive life's calling. "I knew then that I could manifest what I was seeing and bring these faces to life," he says. "I'm still at it." 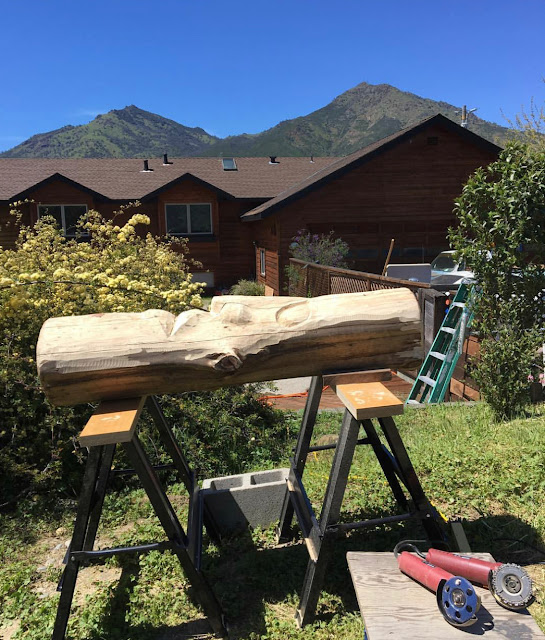